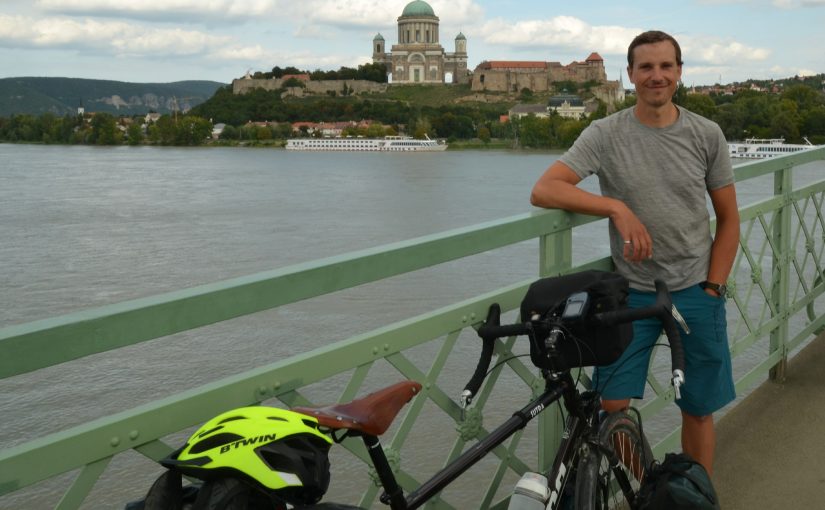 It is only when I left Vienna on 5 September that I realised what historic ground I am cycling on. By following the Danube to Budapest I was travelling the old Austro-Hungarian Empire from West to East and by doing so, I visited both the Austrian and the Hungarian capitals plus the Slovak capital Bratislava in only a few days time. And if this wasn’t enough, I also stayed overnight in Hungary’s former glorious capital (972-1249) and religious centre, Esztergöm.

Shortly after leaving Vienna in the direction of Bratislava (which is only about 60km away), I was stopped by a warning sign in the middle of a perfectly tarmaced cycling lane. “Caution!”, the sign read, “Diversion due to flooded road.” Wait, what? It hadn’t rained for over a week, how can this lovely cycling lane be flooded despite being protected by the Danube dam? A guy on a citybike stopped next to me and was apparently equally surprised. If he thought this was possible or if someone had just forgotten to remove the sign, I asked. The guy shrugged, we decided that the latter was more likely, and headed past the warning.

Of course the sign had not been forgotten. ¯\_ (ツ) _/¯  But luckily the flooded part of the road was only about 30cm deep. It was easy and fun to cycle through the water and get our shoes soaked. Eventually, we stuck together all the way to Bratislava, where the guy — a psychology student from Vienna — was visiting friends. We had great conversations, shared a decent cyclist’s lunch of buns and ham, and I was most happy to have some company. 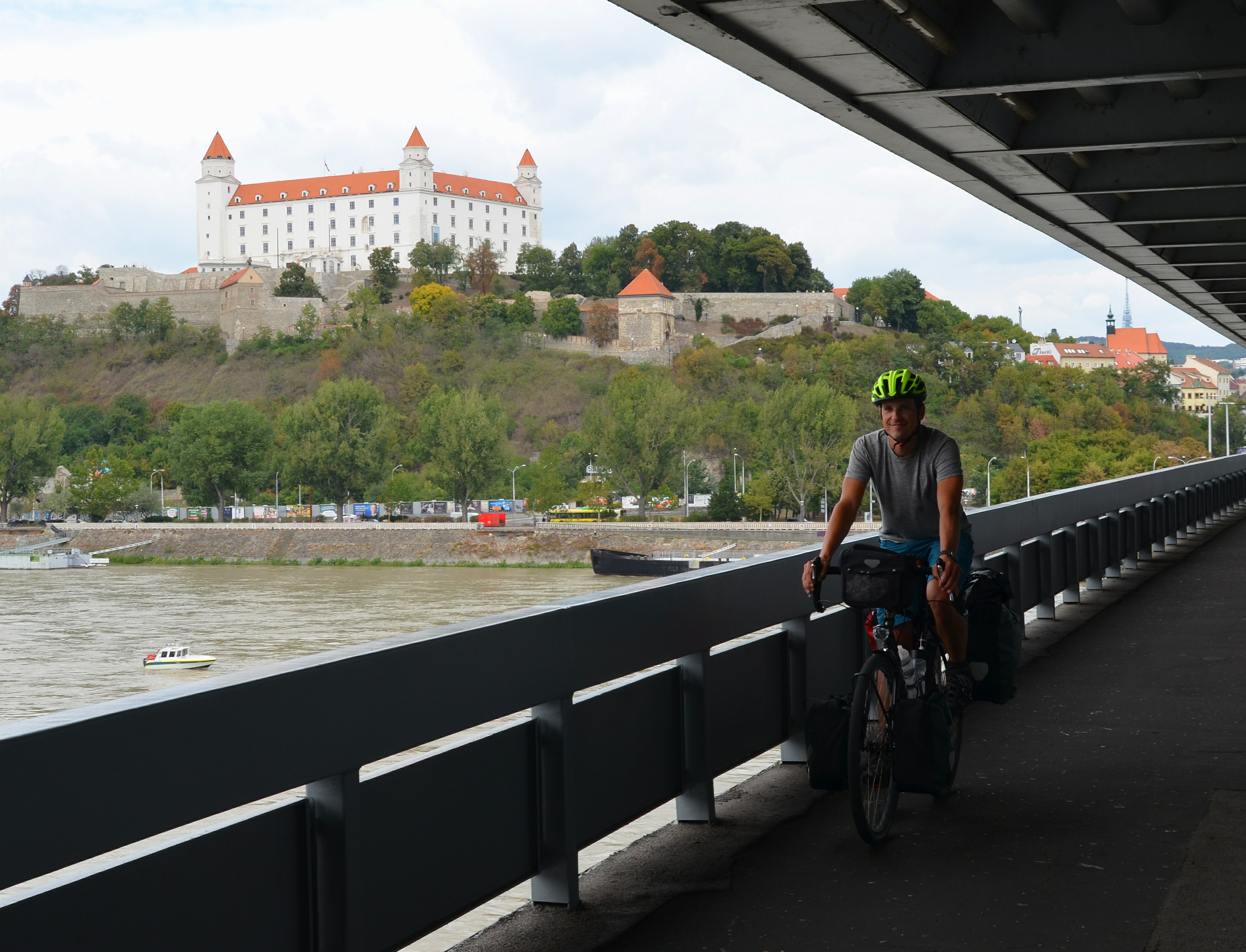 I didn’t plan on staying overnight in Bratislava. I had visited the city ten years earlier, so I limited myself to slowly roll through the narrow cobblestone roads of the old town and climb the steep ascent to the city castle to enjoy the view for a moment.

Gyö…what? Yes, dear well-educated reader, Györ is the sixth largest city in Hungary and a real pearl. It lays right across the border with Slovakia and has an old town of a cute pitoresqueness that easily competes with more famous places like Heidelberg. And: Györ has the only public bench I have ever seen that charges your smartphone via integrated solar panels! 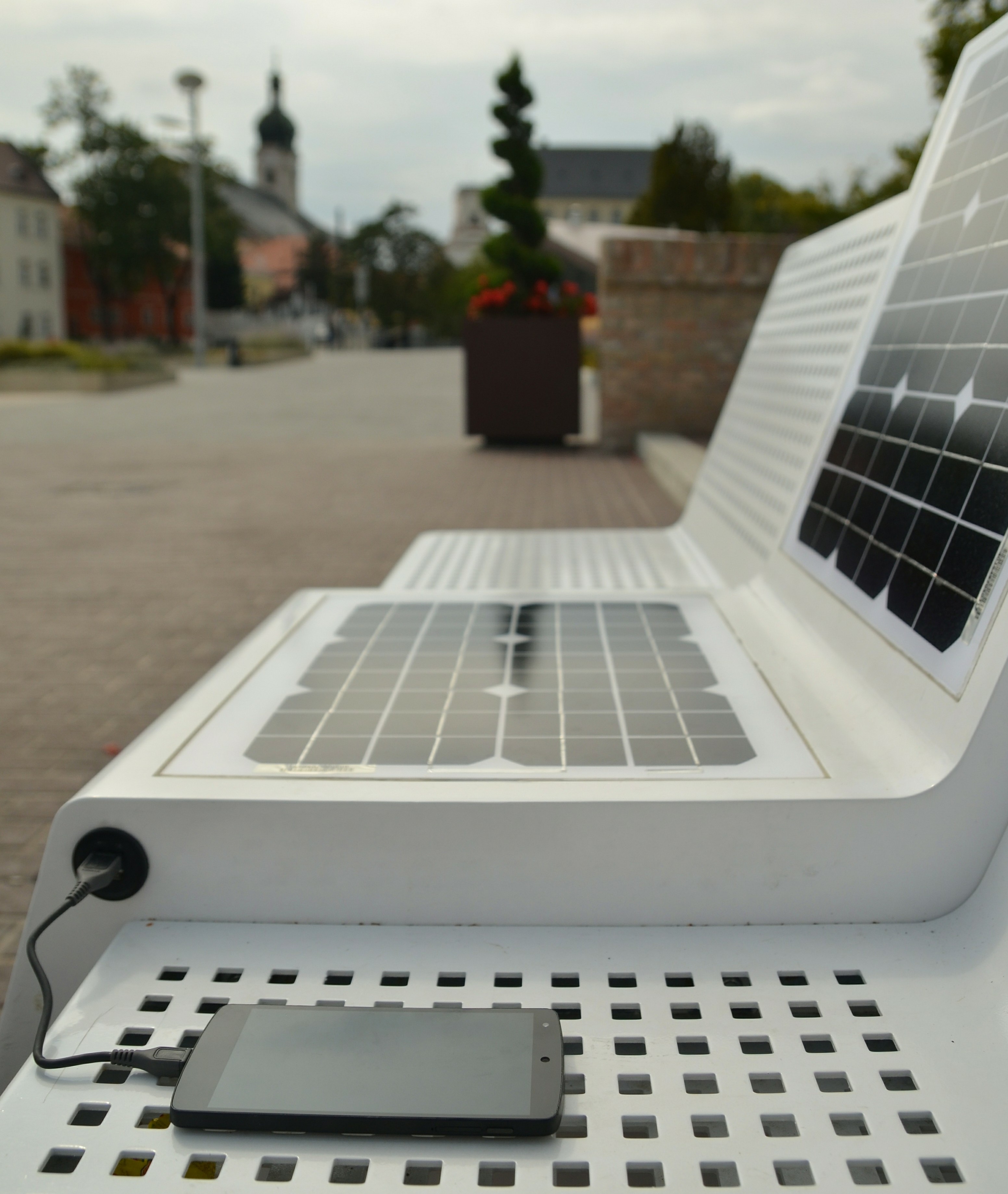 In all honesty, before planning my tour I had never heard of this place. But when I told a very good Hungarian friend of mine where I was going, he urged me to visit Esztergöm and, on top, invited me to his mother and father-in-law’s place there. And if Hungary makes you think of Budapest and Balaton (like me), then you should visit Esztergöm.

Despite its title of former capital of Hungary, the city is actually quite small (some 30,000 inhabitants). It is dominated by a huge Basilica though, whose 72 metres high dome is already visible from some eight kilometers away on the Slovak side of the river. The Basilica is Hungary’s largest church and its Classicist architecture and sheer dimensions are stunning. Those who dare climbing up the narrow staircase to the dome’s rooftop enjoy an awesome view of the old town, the Danube and the surrounding hills. 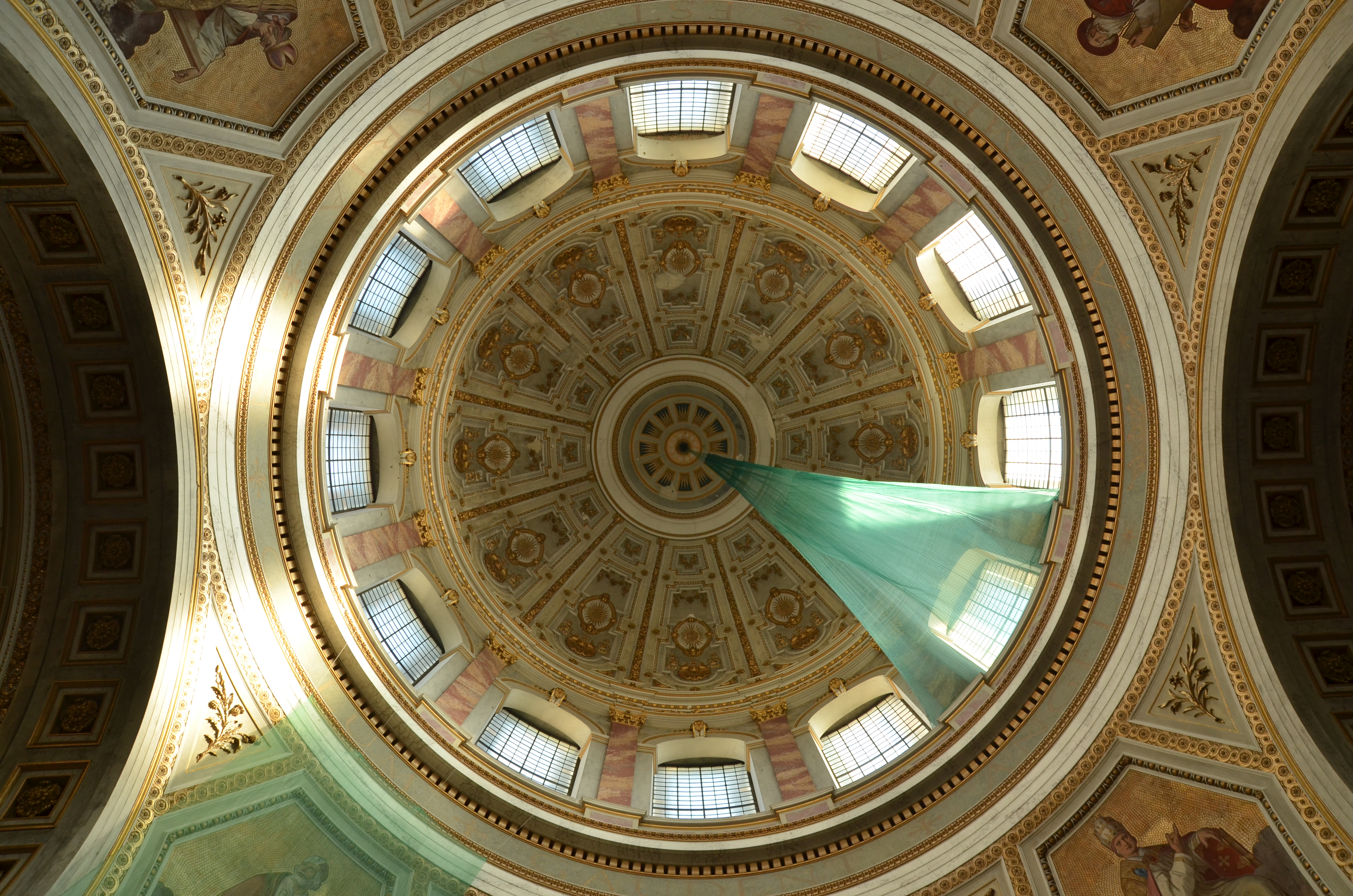 But okay, enough PR because the best part of my Esztergöm stay were of course my hosts. Without having ever met me before, Edit and Balász welcomed me into their home as if we were old friends, showed me around town, pampered me with great food, entertained me with inspiring and fun conversations, and encouraged me for my tour ahead. They have been truly lovely!

Hungary’s capital is just awesome! I visited Budapest 12 years ago and the change the city has gone through seems tremendous to me. So much more tourists, so much more renovated old buildings, so much more hipster restaurants and cool bars, specialty shops and ice cream places! 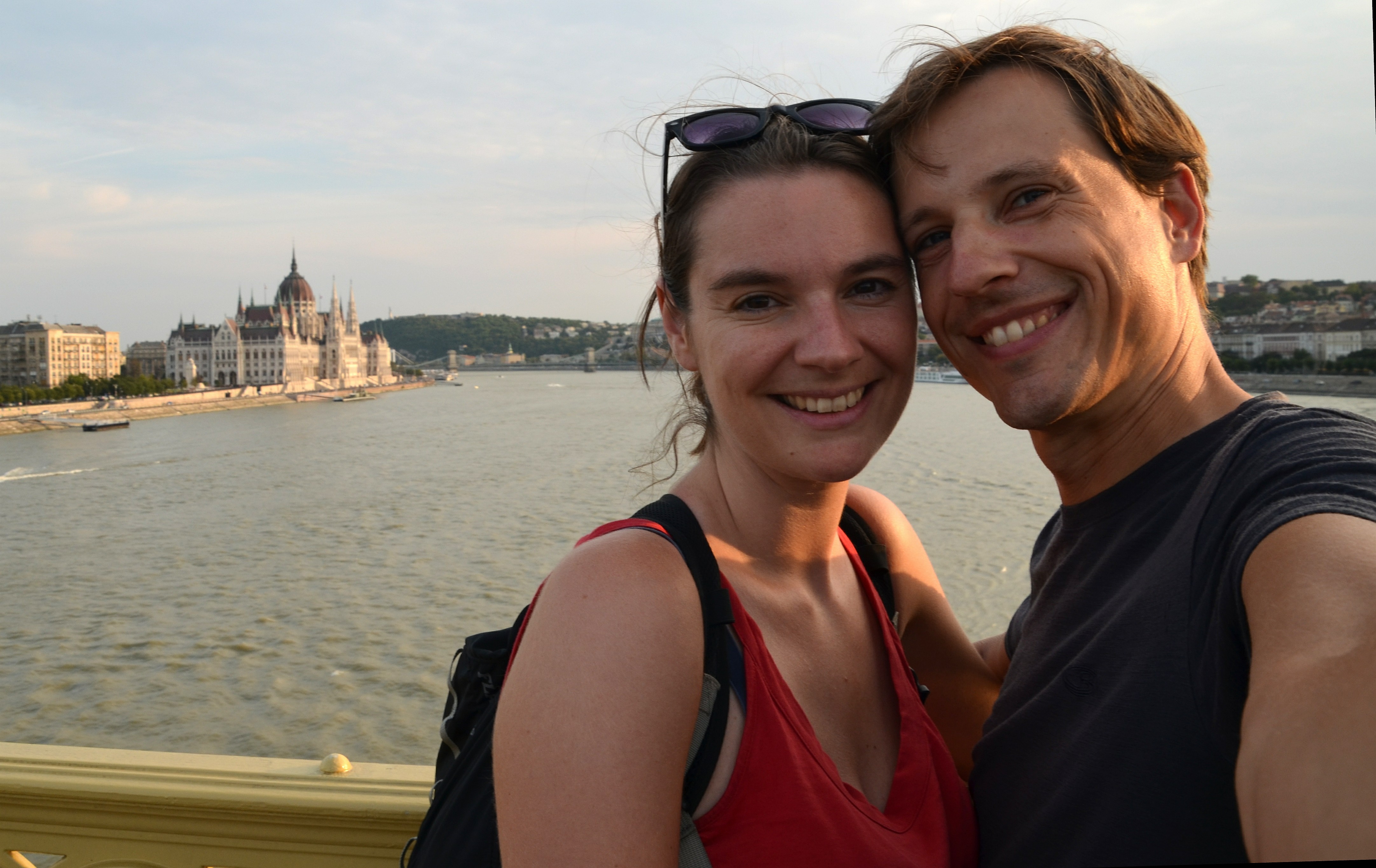 As often, this isn’t only a good thing, but Anna and I definitely enjoyed the cool atmosphere, some really tasty food and good jazz music at the Budapest Jazz Club. We visited the Parliament building (you know, the one that’s supposed to keep Viktor Orbán in check), the city’s largest thermal bath, and the castle of course. Things people do in Budapest, I guess. 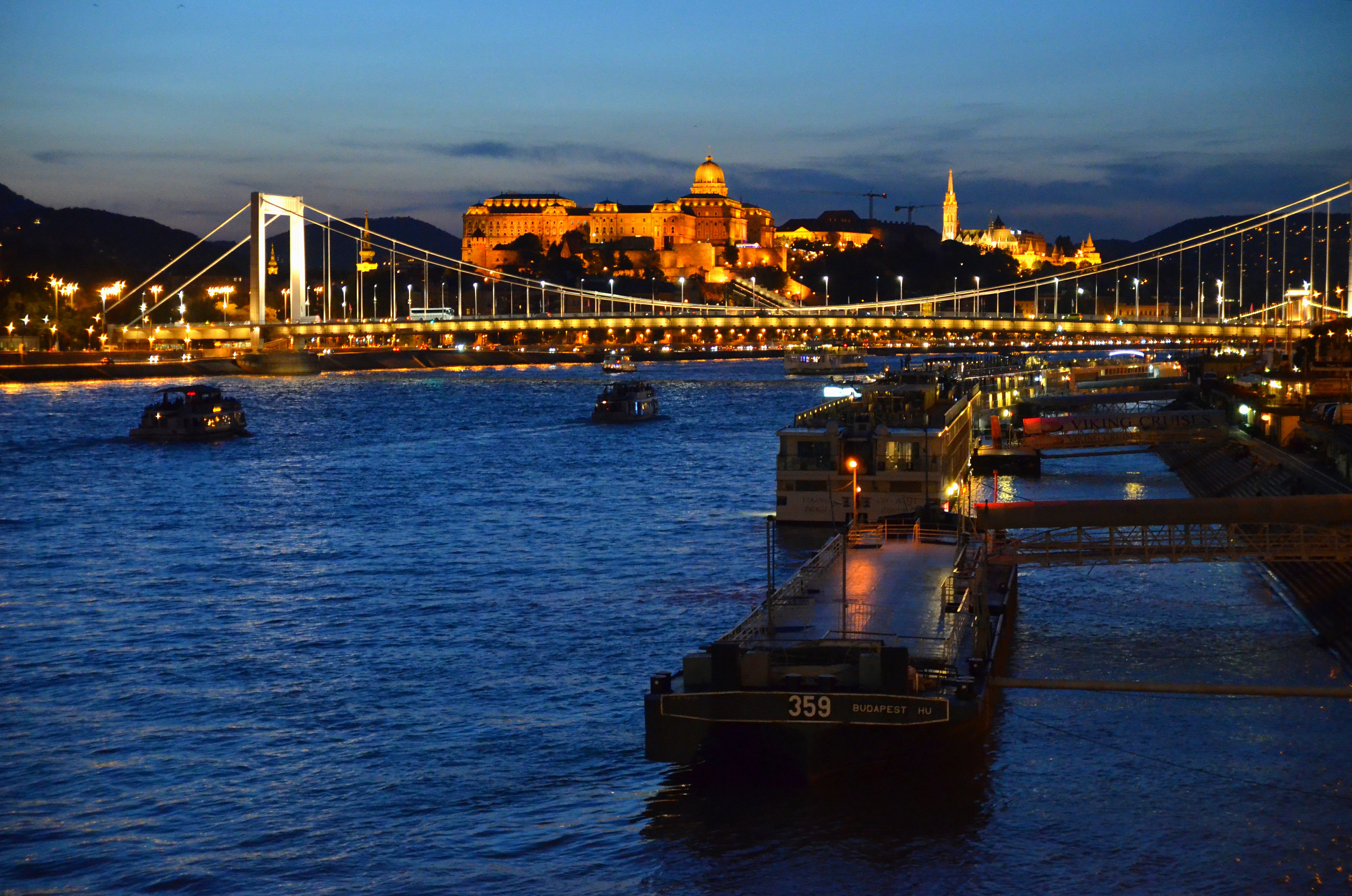 In a way, all those developments make the similarities between Budapest, Vienna and Belgrade even more striking. Architecture, lifestyle, politics, history. All is there and connected.

Or as one of my best friends Tom put it in a comment on this blog: Just imagine the power of the Danube which “for thousands of years has pushed herself through the land, through every obstacle, unstoppable by anything and cherished by so many Europeans over the centuries, the cultural lifeline of Europeanness which ploughed even through the iron curtain. And when you arrive in Budapest and in Belgrade you will see why these cities belong to Europe and any attempt by fascists or communists or illiberal democrats to separate them from ‘the west’ is bound to fail because the Danube will always always always connect them.”

On 14 September, I crossed the border into Serbia. As European citizen and especially as Brussels-based resident of the so-called “EU bubble”, I am totally unaccustomed to land border crossings. Letting those hundreds of trucks wait in the line every day just seems like a big waste to me. But hey, who doesn’t want to protect his borders against terrorists, refugees and other kinds of mayhem? 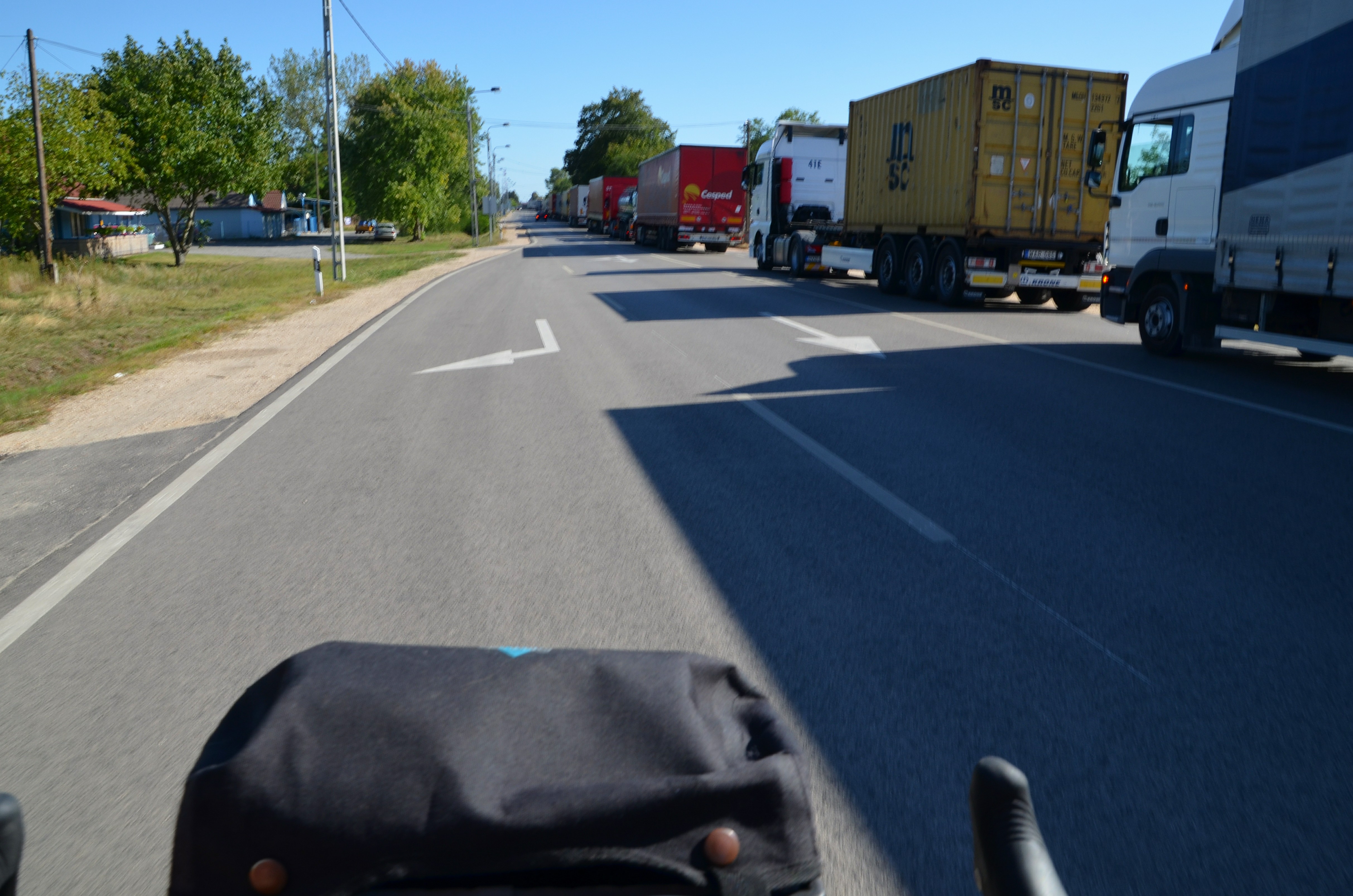 My first impression of Serbia: it is totally impractical for cycling. I hope this impression is wrong but so far it seems to me that Serbia has mostly two kinds of roads. Large traffic-loaded country roads with virtually no space beyond the white line on the right edge, and small roads without tarmac but often sand or dirt. At the moment I stick to the former and perhaps I should try to follow my previous advice on early morning cycling…

After one night in no-man’s land, I arrived in Novi Sad, Serbia’s northern hub and a beautiful place. I was most kindly invited to stay at Eko Kurir, a small alternative bike messenger service who offered me a place on their lawn and at their party table throughout the night. Thanks guys! 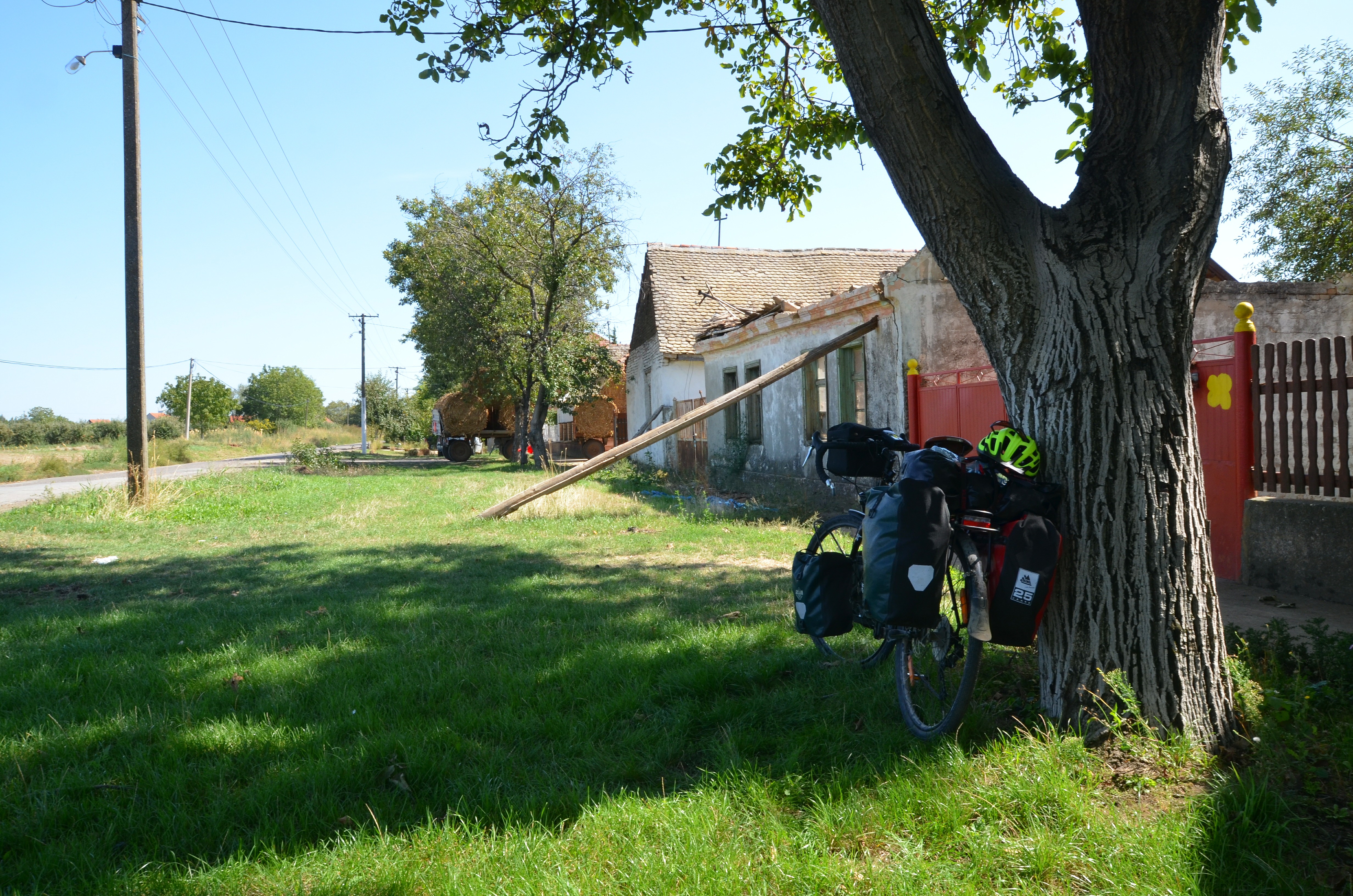 From Novi Sad it was a pleasant (although at 39°C hot!) one-day ride to Belgrade, where I am writing this post today. Although the cheap hostel I booked is horrible (none of its advertised comforts are actually there), I can’t say I didn’t enjoy the warm shower. And the internet connection allowed me to post this unacceptably long text 🙂

Okay, I need to do some city visiting and route planning now!

10 thoughts on “From empire to empire”