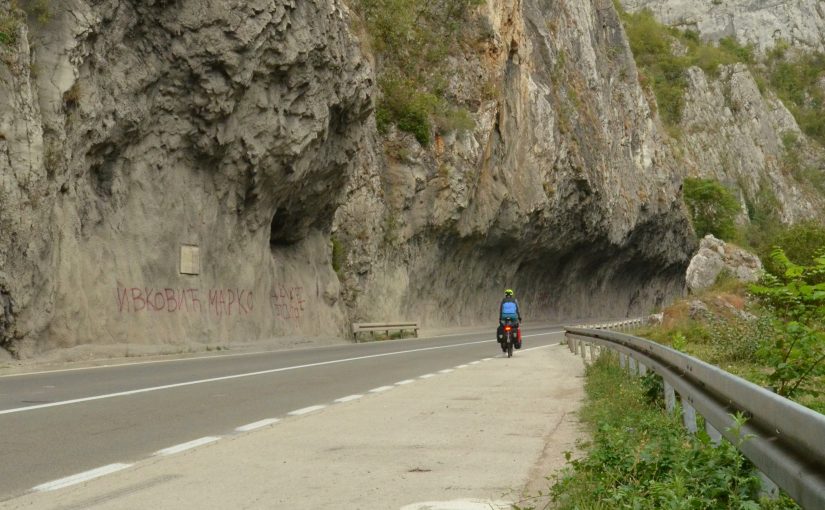 I would never have thought that I would find so little time to write blog posts on this trip. Sorry for that! I’m now taking a rest day in the unlikely town of Haskovo, Bulgaria, some 100 km from the Turkish border, and use the opportunity to correct an earlier statement.

In my previous post I wrote: “Serbia is totally impractical for cycling.” It has “mostly two kinds of roads. Large traffic-loaded country roads with virtually no space beyond the white line on the right edge, and small roads without tarmac but often sand or dirt.” I was wrong. Not long after the post was published I left Belgrade to the south and noticed two important changes:

First, the amount of traffic in the country’s south seems to be distinctly less than in the north. And second, over time I feel that I have developed a kind of sign language with especially truck) drivers allowing both of us to survive. I would usually ride rather towards the middle of my lane to ensure visibility (lights always on). When I hear a truck coming, I check if there’s opposing traffic ahead. If yes, I remain in the middle of my lane and give a hand sign to the truck behind me to wait with overtaking. If not, I quickly move aside. Here’s a Serbian road video from south of Niš.

Of course I also had to learn that honking the horn doesn’t necessarily mean “Get out of my way idiot, you’re not supposed to be here!” (as it does in Germany), but more like “Hey my friend, great cycling, keep it up! But I’m coming up fast from behind you and — sorry — I have no idea where my breaks are.” Since the all worked fine until I came to Bulgaria, where driving is much more reckless.

I wish I had a representative photo of dogs for this blog. But strangely, every time one of them chases me with baring teeth I forget to pull out my camera. The bottom line is this: most dogs (if not all) are stupid. It’s not that they can’t learn things. Some of them run after sticks, some after cats, some just sit around to be caressed by their masters.

But here on my travel, people tell me they keep dogs for security! The idea is this: You own a place and when a burglar comes to steal your stuff, your dog barks, alerts you, and ideally makes the burglar run away in fear. If that’s the rationale, dogs totally fail at the task. I haven’t encountered a single dog capable of distinguishing between a burglar, a legitimate visitor and a random cyclist passing by. Dogs just always bark and/or run after whatever moves out there.

In conclusion this means that a dog is as useful for guarding your terrain as a fire alarm with constant false alerts will protect you from fire. Not at all. Because when the fire comes, everyone will think it’s a false alarm. Sorry, dear dog lovers, I really don’t see much use in your favourite pet other than cuddling — and strangely none of the dogs here in the Balkans seems to want to cuddle a foreign cyclist. 🐺

The College of Europe mafia

In Brussels there is quite some talk about the “College of Europe mafia”. Those who studied at the College think of it as a close-knit professional network of thousands of like-minded alumni. Some of those who did not study there despise it as exactly that. Being an alumnus myself I thought I’d do the test and ask the alumni mailing list if there was anybody on my itinerary who wanted to meet. And there was.

I received half a dozen positive replies from alumni in Tirana, Priština and Belgrade. Eventually some were out of town on the date I passed by and unfortunately I didn’t make it to Albania and Kosovo. But I did have a great meeting over coffee and kuchen with an alumnus from the Vacláv Havel promotion. What’s more, when he heard that I was travelling south he picked up the phone and called his cousin — who happens to run a fast food place together with his wife in the small border town of Pirot. A few days later I was so graciously welcomed there with delicious burgers, great stories and a kind smile — it took my breath away. Long live the College mafia. 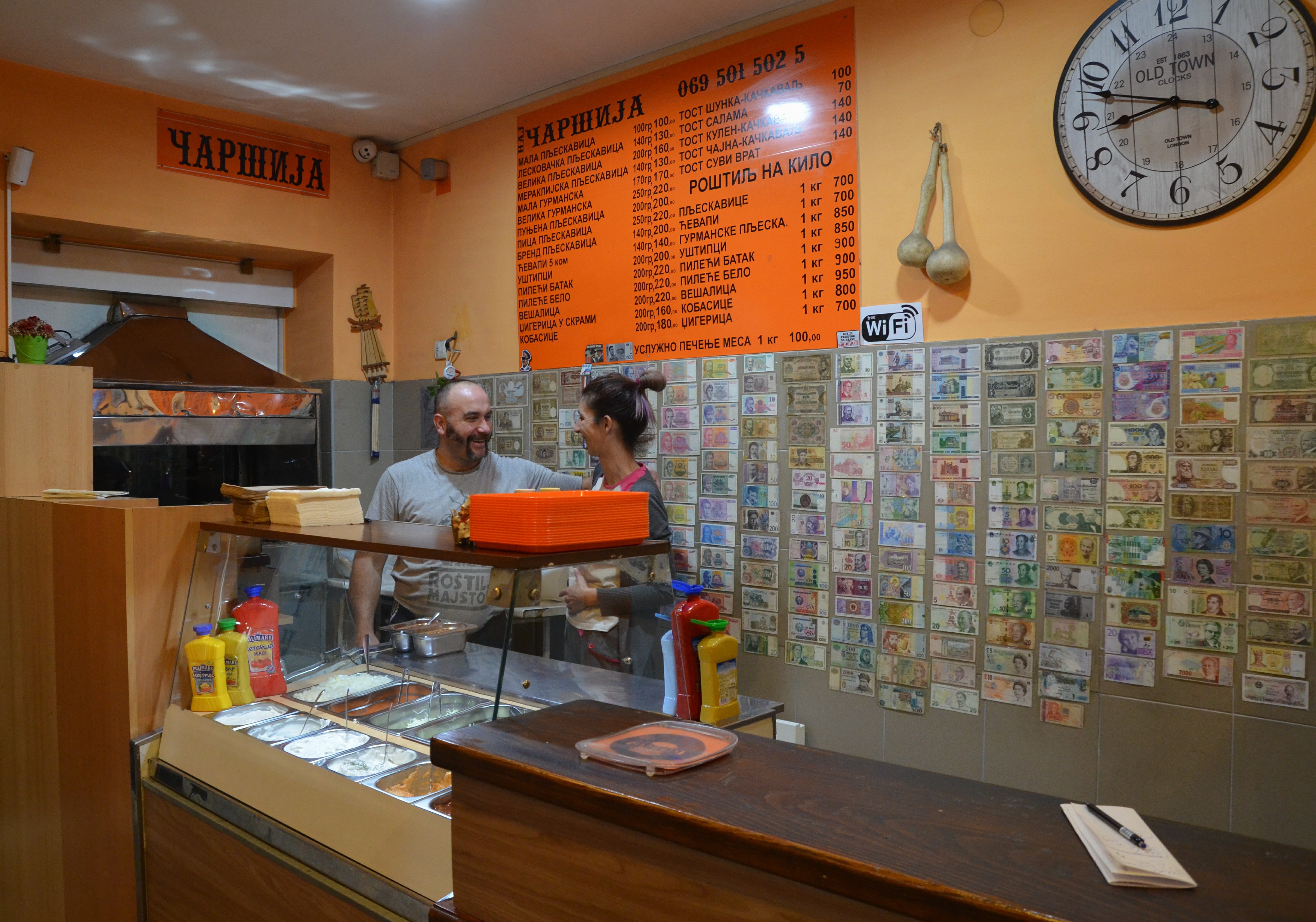 Of course, hospitality doesn’t stop at the border. In Sofia I was kindly invited by Louisa and Michael, a Kiwi couple who came to Sofia with their two daugthers after living in Thailand for two years. They were exceptionally friendly and welcoming and all four (including the kids!) were just inspiring people to talk to.

I wasn’t particularly impressed by the city of Sofia though. The most surprising thing for me was probably the grand mosque which is still way to small for all the worshipers. And while France continues to debate the supposedly subversive influence of Muslim citizens praying in public, Bulgarians are simply doing it. 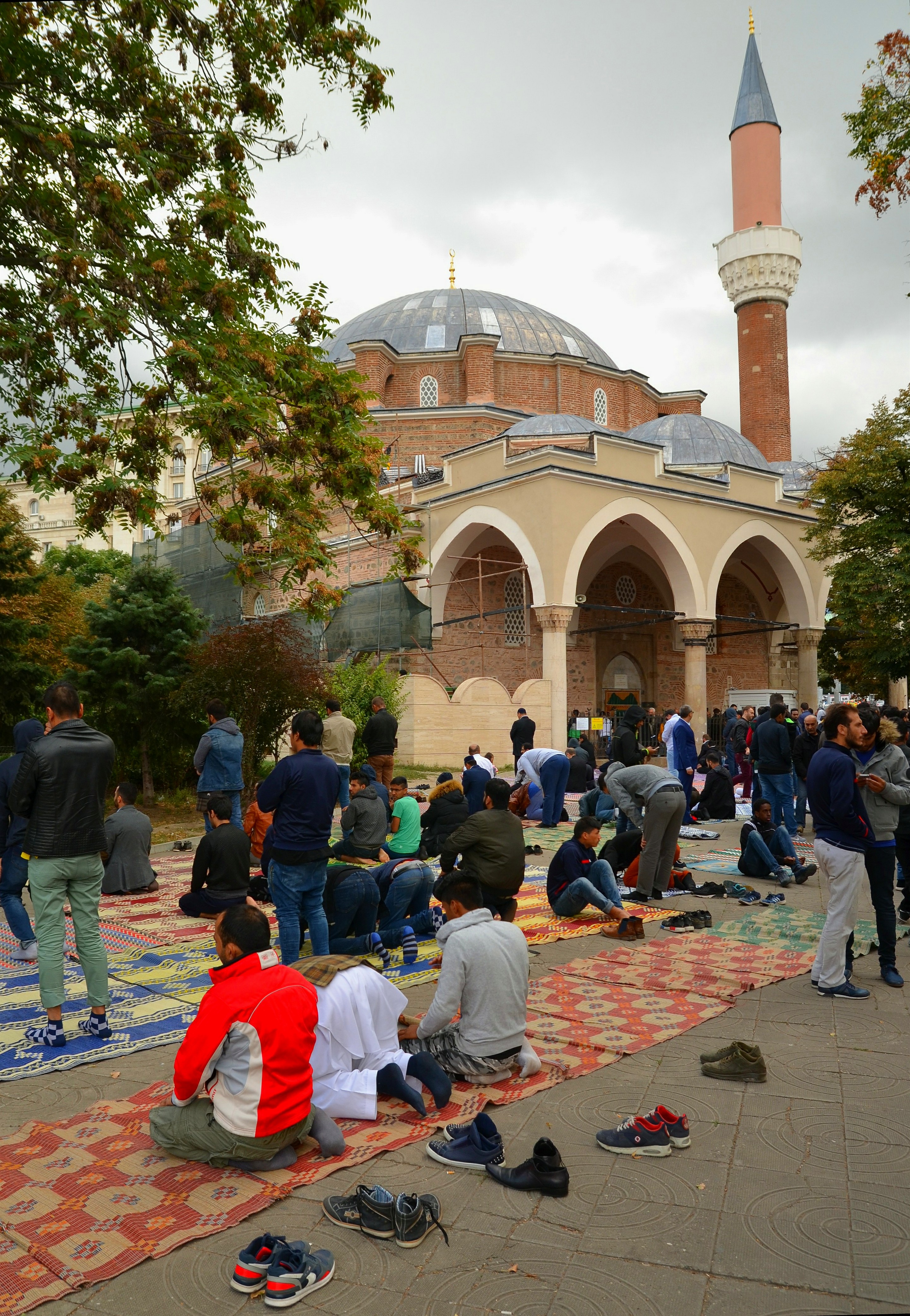 After two nights I quickly cycled on — direction Istanbul. And here I am now, in Haskovo, which, those of you who checked on Wikipedia will already know, is famous for only one thing: it is home to the world’s highest Virign Mary statue (32 metres!). That’s one way of getting into the Guinness Book of Records. But if you think this attracts a lot of tourists, no it doesn’t. The place is quite empty. 🚴🌫

5 thoughts on “On Serbian roads, dogs and the College of Europe mafia”