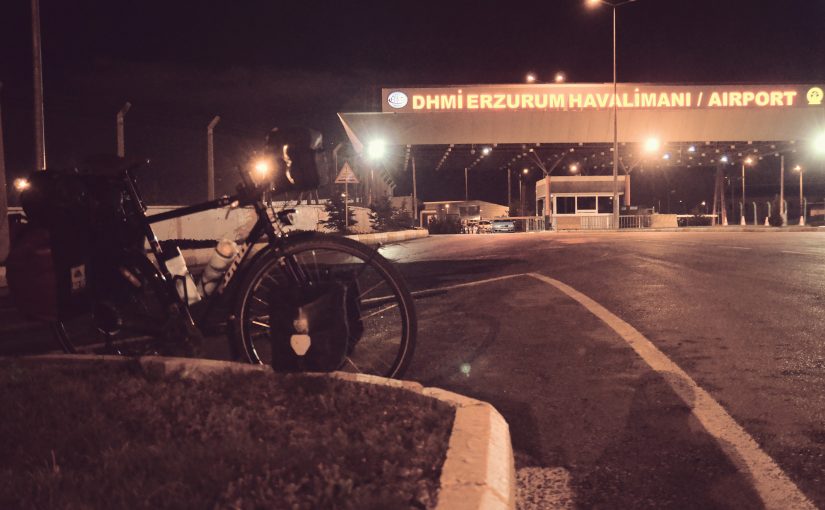 Most of you probably won’t expect to read this: I’m back on the road! Almost five months ago, I arrived in the Eastern Turkish city of Erzurum by bicycle. After 5,400 kilometres and 100 days of cycling since my departure from Brussels, I was only a few days away from the Iranian border. The landscape was stark and dry, the nights were icy, and I felt lonely.

Although I did fly back then, I also wrote: “This wasn’t my last cycling tour. I am already looking forward to head off again, together with friends.” And that’s what I am going to do.

I’ve just arrived back in Erzurum by plane. But instead of going into Iran (which was last year’s plan), I’m heading north in the direction of Georgia’s capital Tbilisi. There I will join Frances, a brave cyclist from Scotland (yes, I think that’s just where brave people are from) who cycled all the way from London through a grim Central European winter. On her own.

Together we plan to reach Baku (yes, that Baku), take the ferry across the Caspian Sea to Kazakhstan, cycle along the old Silk Road through Uzbekistan and, insh’allah, follow the famous Pamir Highway into China.

And before you ask: No, I’m not going to miss my own wedding. 🚴💨